George Michalopoulos, professor and chairman of UPMC’s Pathology Department and an NIH Merit Award recipient, said Mr. Rangos has played a crucial role in both Children’s Hospital and UPMC’s rise in the national rankings.

“John is a wonderful gentleman. I’ve known him as a friend for several years. He comes to the office, and we talk about everything from Greek affairs to American trends to hospitals, academics and healthcare. He is a wealthy person who is genuinely willing to part with his wealth to improve something. And that’s actually kind of rare. He’s also somebody who really has a soft spot for children, diabetes research and medical treatment of individuals,” said Dr. Michalopoulos, who is in charge of all diagnostic research in pathology at UPMC and Pittsburgh’s 14 hospitals.

“John always comes from the perspective of needing to think about the greater common good. He really thinks about it. He doesn’t just throw money at anyone who comes a-calling. He provides strategic assistance. And that’s something I really like about him,” he said.

“The original Rangos building was already up by the time I came to Pittsburgh, and that became the nest-egg from which many other wonderful programs have emerged – from stem cell research to an array of other things which have become the cornerstone for pediatrics research in this country,” he added.

With 175 faculty members, UPMC’s Department of Pathology is the largest clinical organization of its kind in the country, and is consistently ranked among the top five. Dr. Michalopoulos, who taught Pathology at Duke University for 14 years before joining UPMC in 1991, said Mr. Rangos has had a lot to do with helping UPMC transform into one of the country’s pre-eminent medical centers.

“Maybe I’m biased because he’s my friend, but objectively, it comes down to money and space. One of the biggest challenges for hospitals to rise in the rankings is to be able to bring in faculty to do research on the cutting edge of their fields. And to do that, you need quality space. And to have quality space, you need financial resources. So you need somebody who provides money for that space; who provides financial support for endowment; who empowers a clinical enterprise to attract research-oriented clinical chiefs,” he said.

“This is what creates leading programs which, in turn, create leading centers of research. And that’s what John has done for Children’s Hospital and the University of Pittsburgh. He has given the money that has helped attract very talented clinicians to the UPMC community. One doctor came to us from Yale, for example. To recruit him, we had to put together the financial resources and create research space in the new research tower. That didn’t come directly from John. But it came from the financial resources at Children’s, which John has contributed to over the years,” he added. 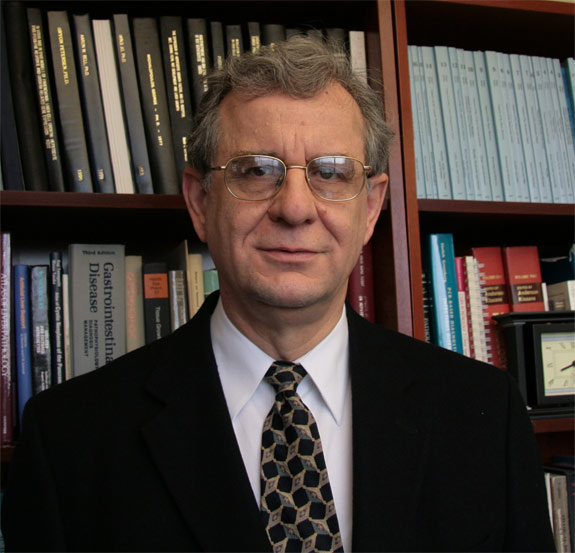 Dr. George Michalopoulos, a leading pathologist, said Mr. Rangos’ philanthropic efforts have played a key role in transforming Children’s Hospital and the University of Pittsburgh Medical Center into one of the best in the country.