Pennsylvania State Rep. Tom Michlovic (1979-2002, retired) got together with a group of patriotic Americans in Pennsylvania’s Turtle Creek Valley over 25 years ago, and started the Medal of Honor Scholarship Fund to honor Michael Estocin of Turtle Creek, who fought and died in Vietnam, and Leonard Funk of Braddock Hills, who served his country during World War II. Among those Rep. Michlovic met with was John Estocin, brother of the late Captain Estocin.

Captain Estocin was one of Mr. Rangos’ boyhood friends in Turtle Creek. He was a Navy flier with Attack Squadron 192. He was shot down near Haiphong, North Vietnam in April 1967, and was listed as missing in action for ten years before his death was officially declared. He was awarded the Medal of Honor, the country’s most prestigious military decoration, posthumously for “conspicuous gallantry and intrepidity at the risk of his life above and beyond the call of duty” while supporting a coordinated strike against two thermal power plants in Haiphong. He personally neutralized three surface-to-air missile sites in the process.

When Rep. Michlovic first got involved with the effort, he knew of two Medal of Honor recipients from his legislative district (District 35), but since then, it has been determined that there have been 12 recipients – living and deceased – from the area, which is a very high concentration of recipients in the same locality. “That’s a lot of heroes for just one valley, and we felt it was important to do something meaningful in their honor,” said Mr. Estocin, who chairs the Scholarship Fund.

Over the years, the Fund has honored several living Medal of Honor recipients during its annual fundraising banquet, and has given away more than $230 thousand in scholarships, according to Mr. Estocin. Mr. Rangos has been a major donor through his Family Foundation, making it possible for a number of students to receive scholarships.

It’s an effort to help kids further their education, and part of the purpose is also to teach kids about their country’s military heroes and thereby preserve the Medal of Honor’s historic legacy. Applications are sent to all high schools within the legislative district. After an initial screening process, scholarships are awarded to kids who demonstrate clear financial need, academic merit and civic-mindedness, as well as knowledge of the Medal of Honor. 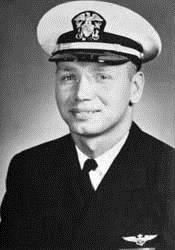