John G. Rangos, Jr. has worked both alongside his father and independently on his own business ventures. He is an entrepreneur and philanthropist, and he enjoys involvement in his community. He served as senior vice president of Chambers Development Inc., one of the largest providers of integrated solid waste services in the United States, and continued serving on the board of directors after Chambers merged with USA Waste Services in 1995. A former board member of the Pittsburgh YMCA, he is currently an active partner and board member of Car Spa Inc., a full-service car-detailing chain with 12 locations in five states (California, Florida, Georgia, Texas and Virginia).

Currently residing in Dallas, Alexander Rangos is chairman & CEO of Car Spa, Inc., an innovative high-end car maintenance and detailing company that is rapidly expanding. He has served as president of Chambers Development Inc., and as vice chairman of the board for USA Waste Services after the Chambers-USA Waste merger in 1995. He was granted the Congressional Medal of Honor (CMOH) Society’s National Citizens Award, and he currently serves as a member of the CMOH Foundation board of directors.

Jill Rangos graduated from Dickinson College in 1981 with a BA in English and Political Science and earned her J.D. in 1984 from Catholic University, Columbus School of Law where she was a member of the Law Review. Following graduation from law school, Judge Rangos served as a law clerk on the Federal District Court for the Honorable Maurice B. Cohill, Jr. She went on to practice law at two of Pittsburgh’s larger law firms, Thorp, Reed & Armstrong and Babst Calland Clements & Zomnir, before being appointed to the Court of Common Pleas of Allegheny County in February 2003. In November 2003, she was elected to a 10 year term. She served five years in Family Division before being assigned to Criminal Division. 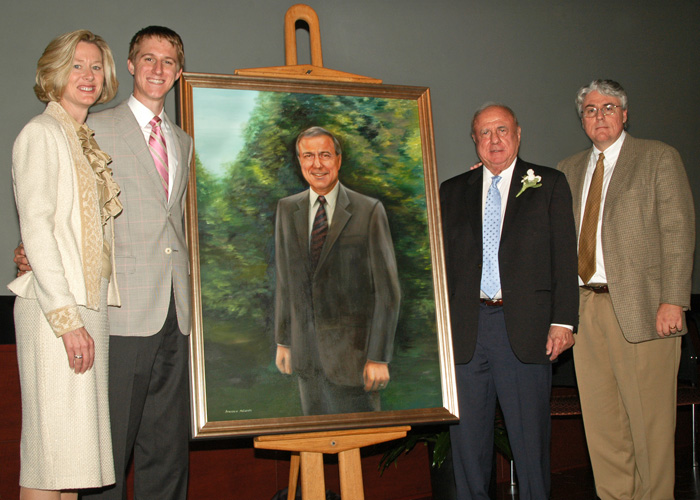